Zen and The Art Of The Internet

Let me start by saying – I’m no philosopher. But I am a casual Humanist who recently found herself at a Monastery in Kathmandu taking a crash course in Tibetan Buddhism. Surprisingly, there’s actually quite a lot of overlap between the two schools – one that abjures religion, and one that is one.

Here’s one of the coolest things I learned at the Monastery: peel away Karma and Dharma and Buddha and everyday Buddhism, and what lies beneath is a gaping abyss of emptiness. And that void? That’s enlightenment. In the Buddhist tradition everything lacks independent existence. It’s all dependent. OK, you say, that’s science. That’s quarks and E=mc2. But, they were seeing the world this way a long time before Einstein came along, and they took it further still. Because there’s no objective reality, labels are rendered meaningless as well. There’s no unchanging base for a label to rest upon. Take the letter A for example. What is A? What is the essence of its A-ness? Its base is an interdependency, a relationship of three lines. If you take one away or make one even a little shorter, it’s not an A anymore – then it’s just a random shape. Its utility and meaning is completely altered. 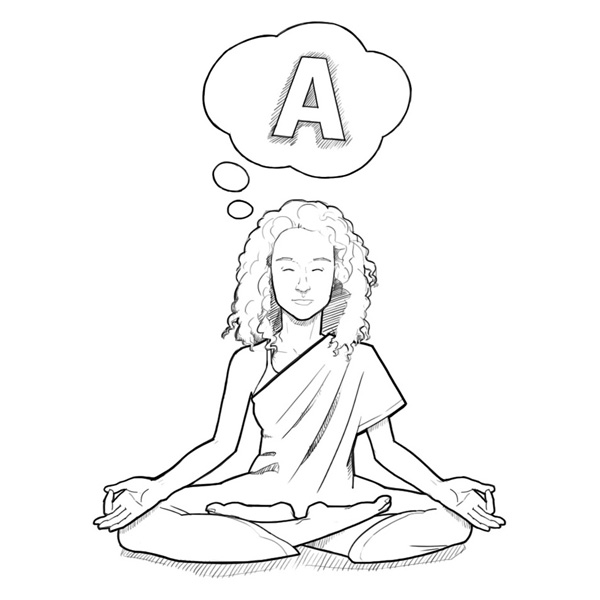 Why am I writing about this on our Think Blog (beyond the nerdy hope that you find this stuff as fascinating as me)? ‘Cause I got completely psyched as this ancient monk was lecturing, thinking “it’s the Internet!” Enlightenment – seeing the emptiness of dependencies that constitute all that we “know” is SO much more apparent (and at the same time invisible) in a digital space than in our corporeal world. It’s 0s and 1s and pixels and space. The Internet is the perfect Buddhist teaching tool – the perfect mirror to hold up to begin to grasp everything and nothing at the same time, so much more readily than with something you can actually touch, or smell. And the important distinction here is that the Internet is the perfect tool by which to contemplate enlightenment not because it’s not real, but precisely because it is. Because, in the Buddhist tradition, Internet reality and “true” reality are on an equal footing. They’re one and the same, both equally, infinitely dependent and elementally empty.

So there you have it, next time you feel guilty for how much of your life you spend online, you might decide to frame it another way – you’re just contemplating enlightenment.

NOTE: Technically, Tibetan Buddhism isn’t Zen. But neither is SEO.