Understanding the Roots of Inequity; A Conversation about Tech Education

Think Company recently invited Sylvester Mobley of Coded by Kids and OnE Philadelphia to be a guest speaker for a webinar titled, Understanding the Roots of Inequity; A Conversation about Tech Education. This post summarizes many of the points discussed during the webinar. Please enjoy the event recording to experience the full conversation.

The educational system in this country was built to be purposely exclusive. And today, nearly 250 years later, it remains exclusive—and for some, especially Black and Brown children, elusive.

But I think the tides are turning. I have hope that the community of Philadelphia, if not regionally, nationally, and globally, is ready to create the city we believe in built upon new standards of equality and inclusion.

I’m hopeful that we’re ready to level the playing field and that we’ve recognized it needs to be a collaborative effort across sectors, including the tech industry—and that people are ready, willing, and able to come to the table to find and build a real solution that provides opportunity for all of our children.

So many people are focused on fixing poverty; how can we get people out of poverty and into the middle class? Statistics show, however, that people aren’t moving out of poverty and that, for the last several decades, Philadelphia’s population of people living at or below the poverty line isn’t improving. Our systems and programs aren’t built in a way that elicits real change or truly arms people with the skills, knowledge, and help they need to sustain a life in the middle class.

At the same time and to that point, we never ask the inverse of the question: how can we keep people in the middle class and stop them from back-sliding into poverty?

Poverty is a symptom of a much-bigger problem, and I believe that if we fix education, we can better address poverty. Simply put, I focus on education because I believe it is the cornerstone and very foundation to enable upward mobility.

My vision is to change the culture of our educational system—in our public schools, as well as within our workforce development programs—to prepare children, adolescents, and adults for positions of leadership, specifically in the innovation and tech industry. There is no other intellectually-based and academically-focused industry that I can think of that has the potential to move individuals from poverty to prosperity as quickly as technology and innovation, but we’re not doing a good enough job of exposing our kids to the field—and we have been focused not on developing leaders in our children, but on directing them to find jobs.

At Coded by Kids, we’ve raised that bar. Rather than finding a job at graduation, we want our kids to go on to higher education and excel. We want them to earn degrees, begin startups, and join the technology and innovation sector equipped to move up their careers and earn a leadership position that gets them—and keeps them—out of poverty.

Now, we’re aiming to do the same thing—throughout the City of Philadelphia and across sectors—with OnE Philadelphia, which has the potential to jumpstart the cultural change we need and brings all the stakeholders to the table to invent our shared future.

It won’t be easy and it won’t be quick, but I know that we can do the work necessary to build a city we believe in.

The work of OnE Philadelphia, its partners, and Coded by Kids is complex and can’t happen in a vacuum. We are working to dismantle centuries-old systems that, quite frankly, are working the way they were intended to work.

One of those systems is how money is spent within the educational system.

A quick history lesson: During Philadelphia’s White Flight, when the lower-to-mid-class white population moved out of the city to surrounding suburbs, educational funding went with them. It’s a funding model that has never been corrected; for example, Cheltenham School District spends $4,000 more per student than the Philadelphia School District is able to spend.

That’s a systemic problem that has to be corrected. Of course there will be more opportunities for students in school districts that are well financed. Once, while fundraising for Coded by Kids, I was asked by a potential donor—whose children attended private school—why I needed so much financial support per child in the program.

I pointed out the irony to the potential donor who was willing to spare no expense when it came to his own children, but wasn’t as generous when it came to the needs of Philadelphia’s Black and Brown kids.

Bottom line: well-funded education is a necessity if we want our kids to excel.

“There is no other intellectually-based and academically-focused industry that I can think of that has the potential to move individuals from poverty to prosperity as quickly as technology and innovation, but we’re not doing a good enough job of exposing our kids to the field—and we have been focused not on developing leaders in our children, but on directing them to find jobs.”

Another area that needs work is children’s early exposure to technology and innovation. Computer science, in the Philadelphia School District, is not a required course, so many kids go from K through 12th grade without even being exposed to the field.

If more kids are exposed to technology and innovation in their formative years, they may be more likely to pursue computer science as a major and earn a degree that has a higher return on investment, positioning them to pay off student loans without backpedaling into poverty.

Black people tend to be concentrated in lower-paying majors. It’s an important point to make because even if a student comes from a middle-class family or has parents who have also earned degrees, they’re more likely to be burdened by debt upon graduation—and may fall from middle-class to poverty depending on the weight of their educational investment.

Third, as I mentioned above, we’ve been focusing on low-hanging fruit: getting people jobs, and, often, training people for jobs that are going to be replaced by automation.

It’s an important and urgent goal, to be sure, and requires a significant shift in how we think about preparing our kids. But it can be done.

What Can Leaders in the Tech and Design Space Do?

We need to re-envision and reshape our systems to take into account all of our children. These are complicated, generations-old systems that were purposefully built to be exclusive. Now, we need to undo those systems in the same purposeful way, and it’s going to take a lot of work and a shared goal.

The participation of organizations in our city is of paramount importance, but there are ways that individuals can contribute to the cause.

1. Write checks. As my five-year-old daughter put it so eloquently (after hearing one too many fundraising phone calls), “you’ve got to get the money if you want to help the people.”

We are in this quandary because of intentional disinvestment. Racial inequity happened because people intentionally disinvested in racial minorities. You can’t solve disinvestment with more disinvestment. If you want to solve a problem, you have to do so by investing in a solution that solves the problem—not address just the symptoms of the problem. We need deliberate, purposeful funding.

I encourage people to financially support the organizations that are arming our young people and our community at-large with the skills they’ll need to be successful and positioning them to be upwardly mobile.

And when you do give, donate without strings attached. I understand that donors want to be sure their support goes into a program that they feel connected to, but putting parameters around a gift can hamstring an organization and derail it from its core mission.

At Coded by Kids, I’m very clear on what our mission is, where our organization is going, and how we’ll get there. When I meet with potential donors, I make sure those things are communicated—and I make sure that if they choose to fund us, their money will be going towards the things we have to do to get to that vision.

Which brings me to point number two:

2. Understand that it’s a long game.

When you choose a nonprofit to support, you’ve got to trust their mission, because no organization is solving a problem that can be fixed within a six-month, one-year, or three-year term.

However, that doesn’t mean progress won’t be made—and be visible. Rather than ask an organization to go down a rabbit hole to fulfill your own vision of what they should be doing—and then saying they have six months to do it—do your research. Find a nonprofit that you feel aligned with and that you can work with for several years to come.

3. If you’re not in a position to donate (and please know that every bit helps), get involved politically.

Real change happens at the local community level. If you’re not already, start paying attention to your city council and your county boards, and learn what they’re doing to support this cultural and systemic shift that we’re trying to steer.

If they propose policies that are against this change, use your vote. And if you feel passionately about the need to get more involved, find your community advisory committee. Want to do more? Run for local office. You can be an agent of change.

While there is an incredible amount of work to do to realize the inclusive, diverse city we all want to believe in, it’s not out of our reach—but we all have to roll up our sleeves in some way, shape, or form. We need to have the tenacity to stay on track, and we need to hold each other accountable in order to give our children the intentional, inclusive, and purposeful systems they deserve. 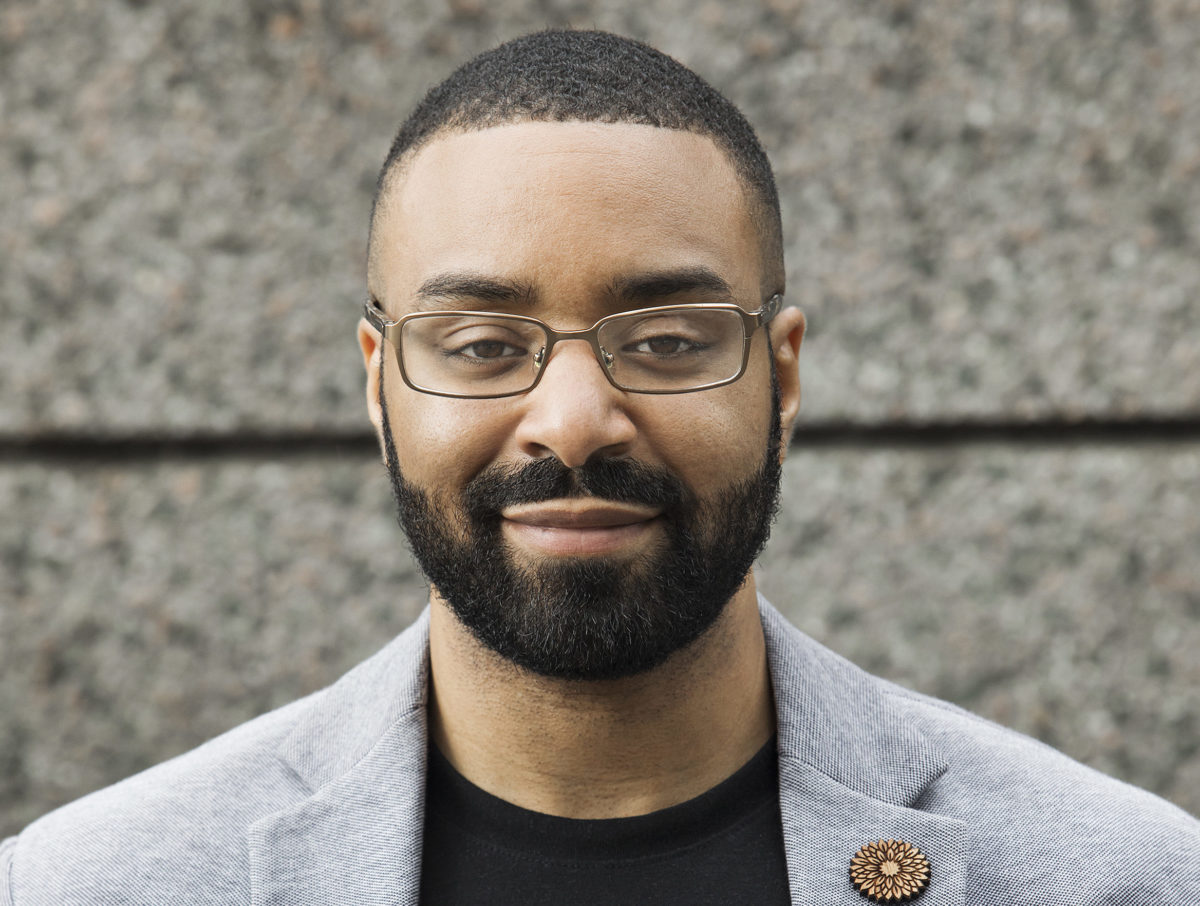 Sylvester Mobley is the founder and CEO of the youth tech education nonprofit, Coded by Kids. Through Coded by Kids, Sylvester works to increase access to tech education opportunities for those who are underrepresented in tech, especially children of color. He works to ensure that every child has the support, resources, and opportunity to become the next generation of tech and innovation leaders. Sylvester believes that building a tech industry that is diverse, inclusive, and equitable is one of the most pressing issues our society faces.

Sylvester got his start in technology while serving in the United States Air Force. He is a veteran of the war in Iraq, who served in three branches of the United States military over 12 years. Sylvester is also a graduate of Temple University’s Fox School of Business. 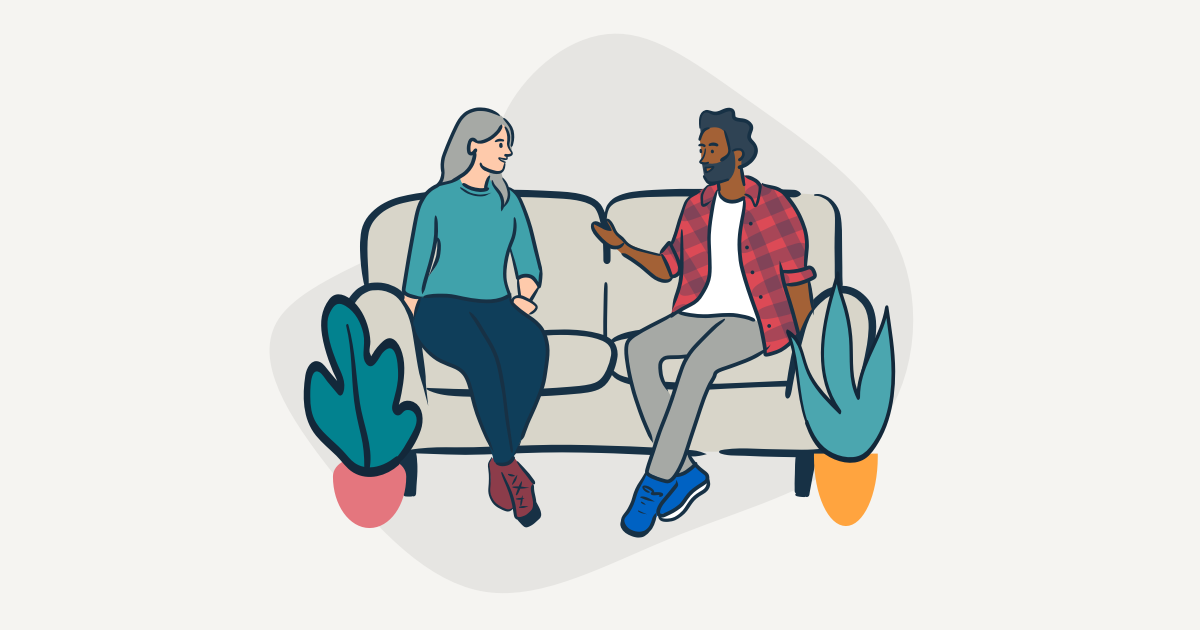 4 Ways to Get Past the “What Do We Do Now?” Conversation in Black and Brown Tech