Often starting in Q4 and leading into Q1, many of our clients ask us to help them with visioning exercises. The beginning of the year is a good time for an activity like this. It’s a good time to reflect back on your accomplishments, investigate the things you slipped on, consider what part of your offerings you may want to retire and plan for the future. Your staff also may be a little more relaxed, which helps open their minds to think about the future of your organization — not just for the coming year, but several years out.

But what is visioning, aside from the horrible verbalization of an otherwise useful noun? Rather than go deep into the strategy of visioning and technology, I thought I’d give the perspective of a couple of seemingly unrelated industries that we’ve turned to for inspiration.

A few years ago, Russ, Brad and I had the opportunity to consult with the merchandising group of a major department store chain. Part of our job is to learn how our clients do business, so we spent a lot of time with buyers and merchandisers to understand how they get their work done. One day, I was “walking the floor” of a store with a buyer and I joked about Haute Couture and its irrelevance to the retail fashion industry. As an outsider, it’s difficult to understand the connection between the fashion shows where waiflike models are wearing tiaras made of pigeon bones and the latest line of salesvests at your local men’s shop.

My guide explained to me that those fashion shows are critical to their industry on many levels. High fashion is the designer’s sandbox. On the runway, she can explore new ideas without the constraints of practicality or commercial success. Well-accepted ideas gain a buzz, which are then picked up by the commercial side of the business and become trends. She pointed to a rack of women’s blouses that had small, shiny specks woven into the fabric. “Two years ago, some designer in Paris, Milan or New York probably designed a dress made of out chrome or chain mail or something glittery. By the next fashion show, other designers were exploring metallic fabrics. The following year, every designer’s line was using fabrics with metallic threads woven into it. Merchandisers named the trend ‘shine.’ Now you can walk through every women’s clothing department in the world and you’ll see ‘shine.’ Our customers expect shine this season, and if our store doesn’t have it, they’ll walk out. If a merchandiser missed it, it means losing millions in revenue.” 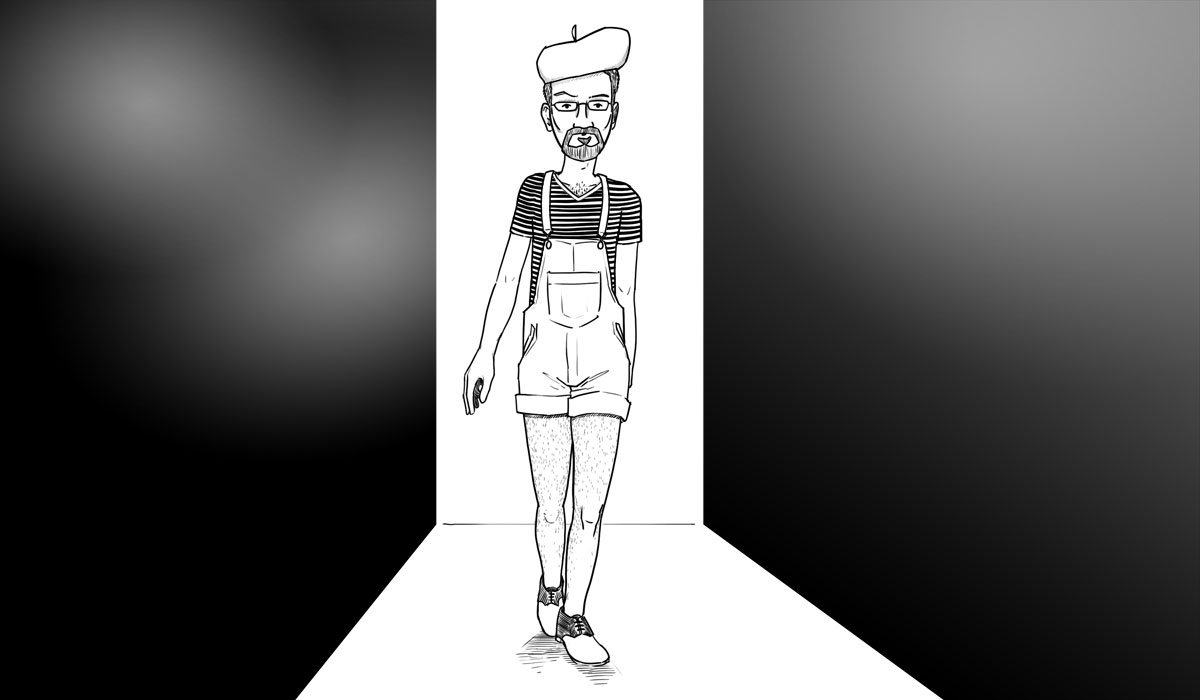 The runway is the fashion designer’s version of visioning. Seemingly impractical ideas plant seeds that are explored and refined. Nobody in the fashion world expected women to be wearing chain mail sundresses next summer, but they’re using that sandbox to discover something different. What they put on the racks in two years may have no discernable connection to the original inspiration, but it is there and it’s necessary.

Visioning in the Auto Industry

Ever been to a car show? Somewhere beyond the glaring lights, cheap suits and scantily-clad models, there are a few cars in the convention center. Many of these are what the industry calls concept cars. These vehicles may look good, but they’ll never see a highway. In fact, some of them don’t even have engines or are made of clay. Most of these cars are actually destroyed after the show season.

So, with an auto industry that is constantly battling bankruptcy, why are they wasting their shareholders’ money making things they know they’ll never use or sell? Part of it is marketing, but much more of it is to generate ideas and explore the future of their industry.

Much of the concept car is about prototyping. It’s way cheaper to get some of your designers and engineers together to build a concept car than it is to get a car to production that you’re not sure is going to sell. One industrial engineer wants to move the cupholder to the door to free up space on the dash. Everyone thinks that’s a great idea, but once you build it you learn your Super Big Gulp lands all over your lap when you shut the door. But that gets the engineering neurons firing and the next thing you know, we have real cars with Camelback-inspired drink pockets and integrated straws.

In the corporate world, it’s cliche to gather a group of people in a room and say, “there are no bad ideas.” The point in saying that is to discourage others from immediately poo-pooing an idea just because it hasn’t been done yet. Chances are, every single person in your organization has some seed of an idea they’ve been chewing on for the past twelve months — a solution to a problem, a new product idea, or a different approach to your business. You can be the best leader in the world, but when you’re rushing to get something to market or busy putting out fires, you may not be as receptive to their ideas as you want to be.

An easy way to justify visioning exercises it is to assume your competition has already done it. Their models have already walked the runway in double-breasted overalls. Their unicycle hybrid cars have already been shown in Vegas. Right now their designers and engineers are busy building something practical and sellable based on those ideas. They will be known as the leaders in the industry while you’re busy chasing their lead.

It’s unfortunate that we need to take a break from work to figure out how to make work better, but that’s a necessary reality of the business world. When we facilitate these sessions, we purposefully show examples from other industries to help people’s minds wander. It isn’t a complicated process; the hardest part of it is finding the time and getting people to think about their Concept Car rather than venting about the latest office upheaval.