Technology, Meaning, and Finding The Balance

I’ve been having many conversations with Phil and Brad recently regarding the role of technology in our lives. More specifically, about how to get the most out of it professionally and personally while at the same time establishing some more defined boundaries.

That’s because at present, it feels like there are few—and I believe that the nature of the digital interactions I’m having, and the ubiquity of them, is having an effect on the way my brain works. It’s being shaped like any muscle or skill would be after lots of repetition, and I’m concerned about this for myself and for others; equal parts fascinated and concerned.

I know this is not a new idea, but as experience designers we’ve been talking about it from what I believe is a unique angle. Plus, it’s the holiday season, and in Brad’s words, “this is the time of year for grandiloquent posts and recaps and resolutions.” 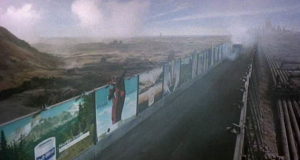 Recently it hit me that my life has sort of devolved into a constant movement from one display to another. On many weekdays, I’ve got one of those glowing nasties in front of me from start to finish. Although it feels like I take a break from one thing and move on to something else, if it’s actually just one screen to another, that’s eerily dystopian.

Reaching for the iPhone the minute I wake up, cycles of moving from the desktop to the laptop for different tasks, being jolted out of ever-shrinking periods of deep focus by intrusive messaging mechanisms, checking in on things while at stoplights or in line at the store, taking a break from all of that to bask in the glow of the TV for a movie or some Wii, then grabbing the phone again to play games or putz around until I fall asleep. Too many parallels with addictive behavior there for my liking.

Now listen, I’m no neo-luddite – I am in no way interested in eschewing the productivity and connectivity that these tools allow. In one of our recent e-mail conversations Brad made this point, with which I wholeheartedly agree:

There’s also the more nuanced subtext here of distraction-free work areas. I don’t see reading my Kindle as a problem because it’s a dedicated device that I will sit down and read alone. By itself. I’ve also been reading a couple articles recently by serious writers (well, bloggers/reporters…but legit ones) who are using their iPads with keyboards as their full-time writing machines. Their rationale is that its unitasking helps them write without all the distractions of their full-on computer (and the all-day battery life doesn’t hurt either).

The argument would be that if I feel like I’m being sucked into a vortex where it’s very difficult to focus or get into a productive, uninterrupted, creative headspace, I’m doing it to myself because I’ve opened the doors to distraction. You have to “make it a point to unplug.” Thing is, that is a lot easier to say than actually do, especially when the interface between humans and technology is a big part of where you play. I wondered whether it was related to being older and having more responsibility…Phil’s response:

I don’t necessarily agree with the sentiment that this has to do with getting older and having more responsibilities. Teaching a class of mixed grads and undergrads I can confidently say that the attention span issues related to digital devices has no generational gap. If you’re digitally engaged, you’re easily distracted. The people in my class can’t avoid looking at their phones if they buzz, the folks who are embedded in their careers are a bit better, but ask them a question they can Google and they will whip out their phone/tablet/laptop faster than you can imagine.

Why do I care? “Rhapsody In Blue” could not have been written while simultaneously answering e-mails, re-tweeting funny links, and watching the news (aside: you think you’re at your best when multi-tasking? you’re wrong). A few recent side projects have made me realize that the absorbing creative headspace that was once so easy for me to inhabit has become more difficult to establish, because my brain is now so used to skittering around and taking a million little sips from the information fire hose; it’s not nearly as accustomed to long, satisfying drinks. 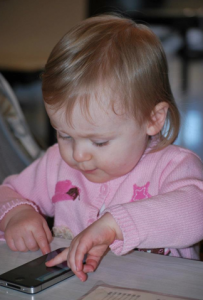 I am concerned about that for myself, but my task is to reclaim what once came more easily—I at least have a reference point. But for digital natives like my daughter who will know no other way of life, they will have an uphill battle to claim that mode of operation in the first place. It will be a fight against the current and undoubtedly not the norm. What will we as humans (not) be capable of as our minds and attention spans change in this way? I hope that the generation following mine will be outraged by the suggestion that they might not be given enough personal cognitive space to create things through art or science that will change the world, and assuage my fears that we might be moving into an age of ironic homogeny brought on by information, interaction, and communication ubiquity where break-out brilliance is too rare an occurrence.

So, my resolution for 2012? To reclaim the word “meaningful” from the design community, where it has been used too often and robbed of its power. A button or a click or a brief message might be intuitive, logical, and functional. But if I interact with it, move on to a million other things, and ultimately forget it. It is not meaningful. Meaningful things are the ones that stay with you, define you, and remind you why it’s worthwhile to roll out of bed and have-at-it again every morning.

Technology is not the enemy, but I want the story of my days to sound a little more balanced than it currently does. I’m going to listen to some albums start-to-finish while lying on the floor, just melting into the experience of it as the artist intended. I’m going to take Emily’s advice and read “All The King’s Men.” I’m going to force myself to not instinctively fill every “empty” moment by taking my turns on “Words With Friends” or checking Twitter, but instead figure out how to get maximum benefit out of those things by applying some structure and boundaries. I’m going to sit outside in beautiful locations for long periods of time, shut off my phone, and see where my mind takes me. I have no doubt that I’ll be a better citizen (digital and otherwise) for the effort.

This is what I’m thinking about as 2011 draws to a close and a beautiful, orange, analog sunset (one I’m simply enjoying, with no attempt to capture) spills warm light into the Think Space. It has been an amazing year. Next year, as I get a better grip on the reins of my brain, will be even better. Happy holidays!