SXSW Interactive As An Experience

Phil and I went down to SXSW Interactive last week with the best of intentions, despite being concerned about the quality of the on-line experience before flying down to Austin on 3/10 and wondering if it was a harbinger of things to come. It was and it wasn’t, but it mostly was.

As those of us who were there know, and perhaps much to the chagrin of those who weren’t, there’s a lot of chatter about SXSW on the social networks. A lot of it is along the lines of…

“I’m having the best time ever!” or “I’m having lunch with @pixelgeek24 and we’re going to conquer the world! We’re ninjas/rockstars/superheroes! W00t!”

That’s all fine and good, and generally aligns with the typical self-promotion and amicable playing-along that you’ll see clustered around conferences. We’re all guilty of it, and for a lot of folks that’s the whole point of engaging there in the first place.

But there’s a special kind of walking on eggshells that seems to happen around SXSW—because I found a totally different undercurrent of sentiment lurking in the physical realm that isn’t nearly as represented in the Twittersphere: being in Austin with a lot of like-minded folk has its positives and potential, but the conference itself is decidedly “iffy” (the health track held in the Hilton Garden Hotel was the one exception, in my experience). In fact, I talked with several folk who probably wouldn’t want to go on record saying it, but who said that they’re seriously considering next time just coming to Austin during SXSW Interactive and not even registering for the conference (actually, if you read between the lines on Twitter, it was easy to see just how many were usually out gallivanting during sessions this time around). 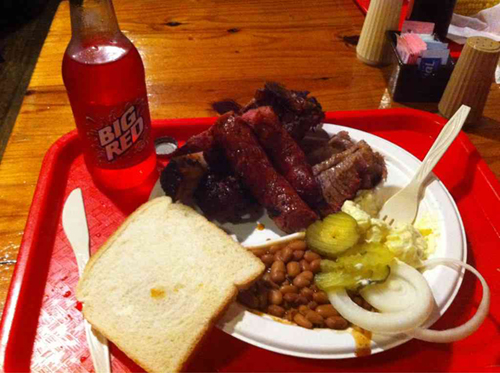 Why might that be? Well, here are my top 5 reasons:

I’m venting, I know. But I would have liked to see an honest review of SXSW Interactive before going because the experience wasn’t really in line with the chatter. Maybe this year was the turning point and it wasn’t always this way. But as I finished writing this I was informed that I’m not the only one saying some of these things… so I’m hoping the organizers are taking note and thinking long and hard about how to preserve the experience if they choose to keep growing. Because it’s breaking.

Pssst, you’ve got our contact info if you want to fix that.

I’ll be posting a follow-up soon on the fantastic health track and the few outstanding sessions I did attend.