This weekend I had tickets to see Andrew Bird and St. Vincent at the historic Ryman Auditorium in Nashville, where I was also planning on catching up with a close cousin of mine and his girlfriend, whom I rarely get to see.

It has been on my list for a long time to see a show in the venue that housed the Grand Ole Opry in its formative years, and my wife and I were psyched for our little getaway that we had booked back in July.

However, thanks to the poor practice of overbooking by the airline industry, those plans were dashed. The culprit: multiple severely overbooked flights in a row, no takers for a consensual bump with a future voucher, and general mayhem and confusion on the part of the terminal employees. I could give you a detailed blow-by-blow, but we’ve all been through it, so you more or less know the horror story. What is more important are some of the overarching things I thought about as it was all unfolding that would have either avoided the situation altogether, would have made it more bearable, or can serve as warning signs when designing experiences elsewhere. 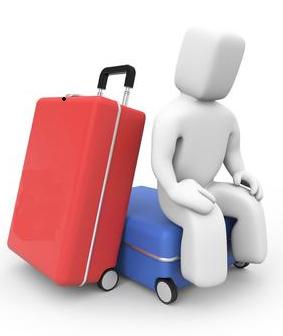 1. Don’t Make Your Customers Suffer For Your Own Business/Industry Shortcomings

As a business person I know that it is common practice for airlines to overbook flights, and I know there are algorithms to determine by how much they should oversell to generally have full planes without too many people getting hosed (like I did). I also know that the organization takes a hit that really adds up when there are unsold seats on flights. However, as a passenger with plans, I don’t care about any of that. It’s not, and it shouldn’t be, my problem. I have no sympathy for any of that when I’m standing there watching my plane take off and I’m still on the ground. I’ve gotten used to not getting meals anymore and having to pay for everything I consume or “borrow” on the flight, but when the fundamental thing I’ve paid for—transport itself—is denied to me based on something that in no way is my fault, it simply feels like a swindle. I can’t think of another industry that gets away with behavior quite like this…why does flying always feel like a game of roulette? Why do we willingly continue to pay for something that we know (weather aside, even) might not be worth the paper it is printed on once we’ve packed our luggage, taken time off, gotten ourselves to the airport, and paid for parking? Why are we somewhat shocked and bemused when it goes smoothly and we end up where we’re supposed to be on time? I realize we’re not talking about something as simple as running a lemonade stand here, but as consumers we’re also paying really good money for this service… why is all of this emotional strain being put on the customers, for something that the business can’t effectively figure out? The industry needs to find more effective ways to manage schedules, cut costs and/or maximize efficiencies, and make sure that we actually get what we pay for and can be confident in our purchase.

2. Don’t Burden Expensive and Important Transactions With a “Luck Factor”

Our flight was oversold by 12 tickets, and we were numbers 8 and 9, having checked in at the airport a little less than 2 hours before the flight. Some people have said to me, “well, you should have checked-in online during the day”. Well, it just wasn’t that kind of day… we’ve all had ‘em. Regardless, that is airline apologetics, and we shouldn’t be in the business of giving them an “out”. Would you say that to your grandmother who doesn’t really get what “online” even means? It isn’t OK that we’ve learned the rules to their flawed game so therefore we can exploit it at the expense of those who haven’t. A ticket purchased in July shouldn’t require another mad-dash of confirmation on the day of the flight three months later to make sure it’s still valid.

3. Set The Rules, and Stick To Them

I wasn’t happy about the oversold situation but I wanted to be clear about the rules, so I asked. “You said we’re numbers 8 and 9 on that list, right? So if 9 seats free up, we’ll be on that flight? Right?” I was told that was correct, by the attendant who was being actively badgered by a woman who announced that she was 12th on the list and had to be at work that evening in Nashville. So explain to me then how that squeaky wheel got on the flight and we were still standing in the terminal? I know it can’t be easy to listen to an agitated someone jabber on about how much more important the flight is for them than for anyone else. But rewarding that behavior not only destroys the organization’s credibility in anything they “officially” say or do, it reinforces those behaviors in the future (and therefore makes all of our lives more unpleasant), because you can bet you’ll read that little “tip” on a travel blog.

4. If You Can’t Avoid It, Have A Very Clear And Well-Communicated Contingency Plan

Airlines choose to keep the practice of overbooking as quiet and ill-explained to their passengers as possible, in hopes that it’ll only affect a small percentage of them and things will generally just clunk along as they do now. As a result, it is not only completely baffling and frustrating to passengers when they get bumped, but also to airline employees—who obviously don’t know what the correct next-steps are, what the lines of communication should be (witness us being sent to 4 different desks, having to re-tell the exact same story 4 times to people who had no idea what we were talking about and generally treated us like we were criminals trying to steal something from them), or how to maintain their composure in the midst of what is no doubt a frustrating experience for all.

At the end of the day, we missed an important family visit and a concert. The airline owes us more than just the price of the flight refunded, but at least we did finally receive that several days later (I wasn’t confident even that would happen). I was ticked, but even more ticked when I thought about things that other people have missed as a result of these practices. I posted my plight on Facebook and heard from people who had missed weddings, funerals, and more. This isn’t buying a TV, bringing it home, and finding out it doesn’t work—this is denying people visits with their friends, family, and attendance at major life events. You cannot possibly provide me with an excuse good enough for that.