Last Friday, an excited group of early adopters at Think Brownstone gathered to unveil two brand-new Apple Watches that arrived in the studio mailbox that morning. After taking a break to rip open the packages, try on the watches, and snap a photo or two, the group held a random drawing to determine the lucky folks who would wear the team-owned watches for the first few weeks. Thus launched Think Brownstone’s Apple Watch share.

The idea came from Mark, who sent out a company-wide email a few months before the watch’s release to gauge interest in testing it out as a team. He had a hunch that others might be feeling the same way he was about the Apple Watch: curious and optimistic, but hesitant to make an expensive purchase without the chance to live and interact with this highly-personal device.

After an enthusiastic response, Mark organized a list of participants, collected funds from the group, and rolled out of bed at 3:30am on the day of release to order two watches for the team to share for the next 12 months.

Phil and Sunkwon were the two Think Brownstoners chosen to test the watch first. Below, they share their early thoughts after using the device for one full week.

First thing’s first: I miss the nice watch my wife bought me a few years ago. I wear it often. I like how it looks, how it feels on my arm and how it makes me feel when I wear it. It is now sitting on my bureau waiting for the day my Apple Watch share segment is over. Watches are jewelry as much as they are functional. As beautiful as the Apple Watch is and as much attention as it has gotten from friends, family and clients, I don’t see it as an accessory. Maybe that will change.

The first week with a new device is always difficult. Apple usually needs to win me over with every new device released, so I jumped at the opportunity to test drive this thing I’m not even convinced I need yet. I know this is a first release, so I already expected it to be buggy and frustrating.

I picked up the interactions and gestures within two days, so I’d say that’s a good thing. The watch, on the other hand, took more time to learn about me. It spent the first weekend reminding me to stand up when I was already standing. After a few days, it figured me out. Systems like this need time to learn about you. It may seem creepy that the watch is watching you, but it’s necessary  for having systems calibrate to your unique behaviors and physiology.

The watch also had the curious issue of sending me reminders for Think Brownstone meeting invitations that I wasn’t originally invited to. I guess it’s confused about people with administrative privileges to a mail system. So, I had to kill alerts for all meeting invites. That’s fine—I don’t see calendar management as something I’ll ever do on a tiny screen.

While I know the novelty of activity trackers wears off over time, I’m enjoying it for now. The device has made me much more aware of the need to keep moving. I am frustrated by the fact that I blindly set some activity goals during the setup, assuming I could adjust them later on. Now I can’t find where to change those goals—not on the watch or the phone app. I’ve noticed the same problem with the Mint watch app. There are two very clear places where I should be able to adjust these settings. Someday I’ll Google it to find out, but it shouldn’t be that way.

So, after a week, I don’t think I want or need this device. On the plus side, glancing at my wrist instead of pulling out my phone is more convenient. There’s a social implication to this, though. While interviewing a candidate who was doing really well, my wrist buzzed and I quickly glanced at it. I was afraid that he took it as the universal sign for “let’s move this along” when all I was doing was trying to see if my next meeting could be moved.

Like Phil, I also have a nice watch that has a great deal of sentimental value to me—and I miss wearing it. I used to work part-time at a luxury watch store during the tail end of college. I spent those days surrounded by watches I knew too much about and could never afford. I finally managed to earn a Hamilton Khaki King mechanical watch as an end-of-year bonus. It is the most tangible artifact from the long nights and weekends I spent working to pay my way through college. It’s the nicest watch I’ve ever owned and it’s usually always on my person. Needless to say, I had a hard time putting it down to try out the Apple Watch. (Admittedly, I almost considered wearing both—the Apple watch on my right hand and the Hamilton on my left. My wife respectfully pointed out how ridiculous that would look.)

Alas, I’m a designer and may one day need to design apps on this device and devices like it. So, I’m happy to give the watch a try for a few weeks to see what people are building for it.

The first apps I gravitated towards were the native Activity tracker and Weather apps. I don’t own any other wearables, so my experience with the Activity app is also my first exposure to fitness trackers in general. The app itself tracks 3 main things: calories, exercise and time spent standing. These items display as concentric circles on the watch face. I like that it is easy to see my activity at a glance. The weather app also comes in handy, as I can quickly check the weather on my way out the door in the morning.

One issue that keeps coming up throughout my days is the physical act of glancing at the watch. I have to make more deliberate movements with my wrist and angle the watch directly towards my face to see it. Since I’m used to being able to glance at my wrist from many angles to see the time, I’m having trouble adjusting. Perhaps it will get easier over the coming weeks, but only time will tell.

While reflecting on my first week with the watch, it’s cool to think about how much closer technology is now to what I imagined to be barely possible when I was a kid. During those years, making phone calls and accessing the internet and GPS from a wrist device is something I only saw happening in spy movies. While I don’t feel enamored enough with the Apple Watch to buy one for myself yet, I appreciate the sophistication of the device and I’m excited about how far the technology has come. It will be fascinating to see how the watch will find its way into our lives over the next few years.

Now that I’ve familiarized myself with the native features, I’m going to make time this week to explore the many apps that have already been released for the watch.

Stay tuned for the next Apple Watch share update! 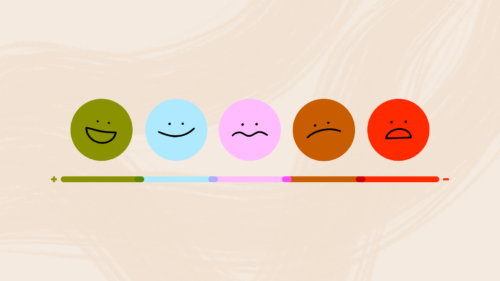 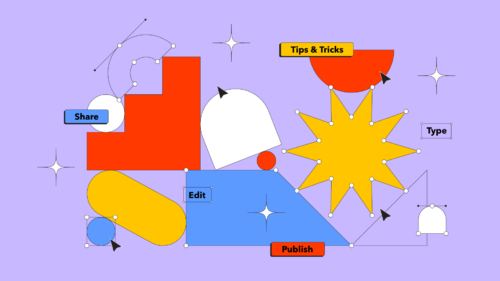