A contingent of Think Brownstone descended upon the stunning Kimmel Center in downtown Philadelphia yesterday to attend the TEDxPhilly event. TEDx events are independently operated versions of the TED event held in California every year. 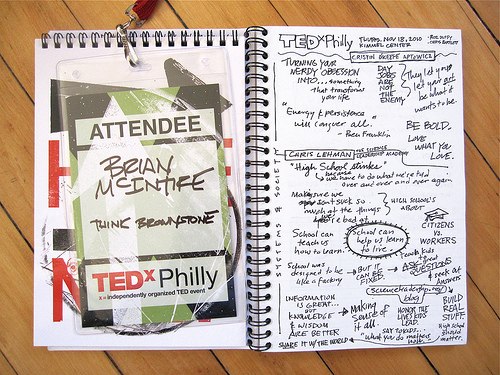 The official theme of the event was “Right Here, Right Now” but my unofficial theme was one of the universal truths we all know, yet few of us practice: “If you let people own the solution to a problem, they can do amazing things.”

I’m not going to go into a deep recap of every speaker – there were 16 of them and each had a unique story to tell. Some were better than others and some were downright inspiring. The event was recorded and streamed and I’m sure if you follow @TEDxPhilly on Twitter or Facebook or keep an eye on TEDx in general, you’ll be able to see recordings of some of the better talks.

At the end of the event, someone said to me, “This was great, but what are we supposed to do with all of this?” I thought hard about it and that’s what made me get out of bed at 4AM and start typing. It’s a good question. TED events aren’t like a typical conference where we hope we can learn something new to make us better at our job or someone gives us marching orders to fix a problem. For me TED exists to highlight the extraordinary work of the people around us – hopefully to get us off our asses to do something extraordinary ourselves.

For instance, Chris Lehman from the Science Leadership Academy started his talk with something we already knew: High School Stinks. Why? Because today’s education system focuses more on making sure we “don’t suck so much at the stuff we’re bad at” than embracing the stuff that makes us passionate. To demonstrate his solution, all of the video and photography at the show was run by SLA students – they wanted to be there and make a difference.

There were many talks with that same theme in different contexts.

Nic Esposito showed us how Urban Farmers are more successful when they not only plant the food, but they sell it.

Stanford Thompson didn’t just tell us how kids need longer-term goals to deal with the pressures of life, he brought out thirteen kids from Tune Up Philly who hadn’t held an instrument before September to show how they are already achieving those goals. 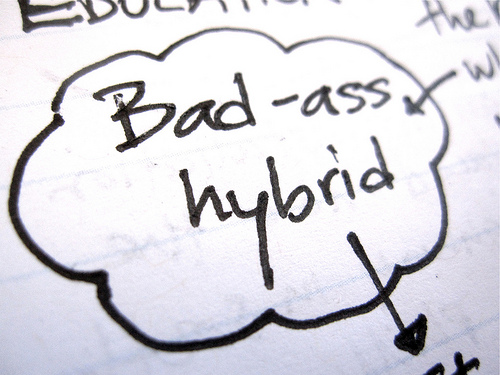 Simon Hauger asked his students, “What’s missing for you with hybrid cars?” His kids decided they weren’t fast enough or cool enough, so they built a hybrid Ferrari that beat MIT in national competitions.

Zoe Strauss started her I95 Photography project ten years ago knowing she needed to do it even before she had fully figured out what it was.

Michael Solomonov explained how a terribly tragic moment in his life led him take a risk and open his own restaurant. (you should see what his baklava does to Bmac)

I’m skipping some of the other inspired speakers to keep this brief. I will say that throughout the day, Steve Krug‘s voice echoed through my head: “This isn’t rocket surgery.” We all know that owning the solution makes us better at solving a problem. The bigger problem is that very few of us do anything about it.

At least once in your life I’m sure you have experienced a teacher/boss/client/parent/person of authority who looks at a work-in-progress and says:

“Mmm hmmm, that’s great. But I want it green, add a picture of a fish with a hat smoking a cigar and make it more like Facebook.”

You can tell these moments – they are delivered in a tone that screams, “Because I said so.” These are the things that take the wind out of your sails. Your authority figure may even know what he/she’s talking about – but it’s being directive in a collaborative process. The wisest among us get them to participate in the process rather than direct the solution, but that’s a hard job to do.

This is why we get excited at Think Brownstone when one of our clients walks up to the whiteboard, grabs a marker and starts sketching on top of our work. They’re not telling us to make it green, they’re showing us their process. At that point, the Brownstoners make eye contact, someone grabs their phone and tweets something like: “Another client just grabbed the marker #thinkbrownstone” To us, it’s not ego. It’s a beacon to anyone who wasn’t in the room that a client is starting to own the solution with us. That’s what we do.

Finally, I want to give a shout out to Roz Duffy, the TEDxPhilly organizer, and her team of talented volunteers. They worked on this project for nearly a year. Putting something together like this is an incredibly complex undertaking and not for the faint-of-heart. While Think Brownstone was thrilled to be a sponsor the event, we know that writing a check was the easy part.