Teavana Doesn’t Get It

UPDATE 4/2/2013: Since this is one of our most frequently viewed posts, check out our our latest thoughts—comments now closed.

It has been a while since we’ve written a “Doesn’t Get It” post, but Teavana (a mall-based company that sells a bunch of artisan teas and tea accessories) is deserving. Despite a strong product and no real competitors on the same landscape, Teavana faces a hard road ahead if they don’t start paying attention to the ripple effects of their negative customer experience. A year ago I was a net promoter of the company, but now I avoid it and advise others to do the same. After we started to see the dark patterns when shopping there, it became clear that what we were experiencing wasn’t a series of isolated incidents but rather was endemic to the way they do business. 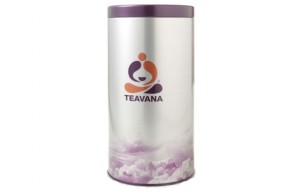 My wife recently visited the store at the Willow Grove Mall in PA (for what she says is the last time), and stated that she wanted to buy a small gift for no more than $10. She was shown a specific tea and told that she couldn’t buy it in a quantity less than $18 worth (this is loose tea we’re talking about here so I don’t quite get that). She said that was over what she wanted to spend, and made some other inquiries to try to find something for $10. She then had to endure a volley of being directed toward kettles $20+ and other expensive add-ons until after enough restatements of the $10 limit the clerk took it upon herself to just start bagging the $18 worth of tea as if it was a done deal.

Finally, exhausted by the exchange, my wife stated “you know, this is why I don’t like to shop here—I always feel like nobody’s listening to me. It’s like they have their own agenda, and I always walk out feeling bad about spending more than I had intended.” From what I’ve read online and plenty of anecdotal evidence, this is a pretty common experience—heck, the company’s ethics are even disputed on their main Wikipedia page. (UPDATE: or, they were, until the whitewashing that occurred after being purchased by Starbucks—let’s hope that makes a difference in the real world, too)

Our story had a little extra kick to it, though. At this point the clerk shot back “fine, see ya. BYE!” She then refused to give my wife her name, yelled at the other sales people daring them to reveal her name, and apparently said that she was the manager though the guy giving out samples at the front of the store quietly confided that she wasn’t. For two days afterward my wife tried to call Teavana to discuss this and got steady busy signals. How’s that for service? For more first-hand evidence of bizarro behavior like this in the Teavana ranks (from the very top down) and the culture that fuels it, check this out. For those who might say “it’s your fault if you let yourself be suckered by them”, take note: they WOULDN’T settle for the $10 sale. 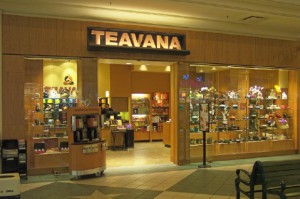 It comes down to this: when you’re in the retail game, your strategy should be to provide value so that people will continue to buy from you and also refer you to others. That’s a no-brainer and pretty universal. Of course you also want them buy as much as possible, and there’s nothing wrong with “upselling” at a fundamental level. But upsell has to deliver on value, which traditionally is triggered in your customers’ minds because you’re providing the highest quality or most innovative products (think Apple), superior customer service/experiences (think Nordstrom), or you’re highly operationally efficient (think McDonalds)—or some carefully considered combination (business rhetoric says you can’t be all three).

But here’s the rub, and it’s where Teavana fails in a big way: the effective way to upsell is to present opportunities to customers in a way that they clearly perceive the additional value and then make an active and informed decision to purchase. In other words, if you trick people into buying more than they had intended through sneaky practices, they’re not going to walk away feeling like they splurged a bit and got something they wanted in return. Once they realize what just happened to them, they’re going to feel swindled.

What’s really a shame here is that Teavana has some fantastic tea. I recognize that traditional tea has yet to really go mainstream in the U.S. and comes nowhere close to sales of coffee, soft drinks, etc., so the business of selling it requires being creative. But when customers tell stories like my wife’s and hear from others “I know, whenever I leave there I just feel dirty”, you would think that might give business owners some pause. Put simply, if your sales strategy revolves around underhanded upselling, you’ve got a bigger problem than sales.