We received some great feedback about our reviews of An Event Apart Seattle 2009 (AEA) and ePatient Connections 2009, so we figured we’d make it a tradition.

Putting on an event tour like this takes moxy and a lot of coordination, so kudos to Jared & Co. for pulling it off quite smoothly in Philly. Overall, we had a very pleasant experience and were glad we attended; we walked away with new insights and new ways of articulating concepts we’ve been batting around with clients for some time now. 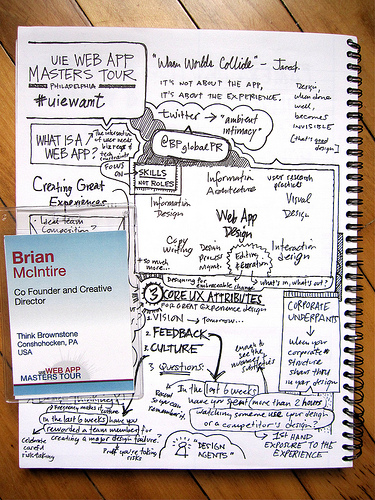 First things first: “Web App Masters” is a bold claim…did the speakers live up to it? We give that a solid “yes”. Whether or not the topic was in our particular wheelhouse, there were still solid takeaways from each talk even if some connected a bit more than others. Plus, we were also very encouraged by the undercurrent of experience design throughout the two days—we felt like these folks were speaking our language, and that they clearly understood the importance and value of user-centered design.

Luke Wroblewski wowed once again by combining his “greatest hits” around web form design with great new insight on collecting user input using mobile devices and beyond. Other highlights included the peek behind the curtain at 37signals (we’re fans, and use their products every day), Mark Trammell’s Twitter insights and Jared Spool’s wise words about Vision, though the talk we found most inspirational was Stephen Anderson’s—a brilliant piece called “Serious Play: Designing Seductive Business Apps” that not only covered off nicely on the scope of the title but also offered principles and insights that can be applied more universally. Inspiring. 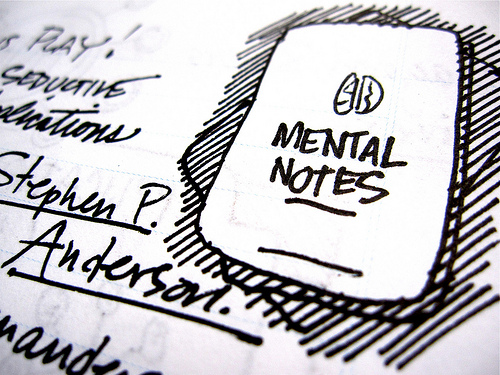 It also helped that Stephen was an engaging and dynamic presenter, which brings up the first of a few suggestions—that the overall energy of the conference could probably have used a shot in the arm. Granted, we’ve got our experience at AEA to compare this to, but there were a few things from an experience design standpoint that we thought could be tweaked.

Great authors and great designers don’t necessarily make for great speakers, and things tended to get a bit monotone at spots. Make no mistake, at conferences you get out of it what you put in, and there was plenty to be mined… evidence: Brian’s Sketch Notes. But to make it feel more like an “event” and keep things crackling, maybe pulling back from 75 minute presentations to a tighter and punchier 30-45 would help. For talks that got deep into execution that sometimes weren’t relevant to the entire audience, the next attention-getting topic shift was a little too far away. 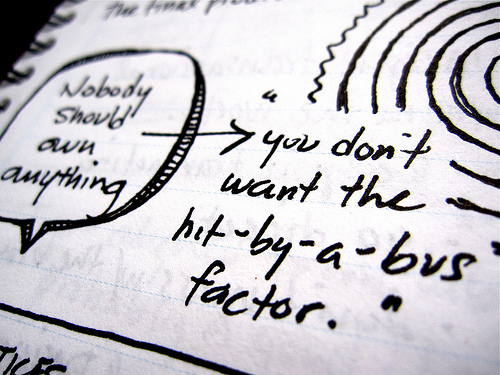 Also, as far as execution goes, it was indeed fascinating to hear how web apps like Netflix and Basecamp were dreamt up and iterated. However, several talks were very focused on lengthy, in-depth use cases that not everyone could necessarily relate to. Certainly there were nuggets in there for people to take away and match up against their own experiences/organizations, but they weren’t always clearly pulled out as usable tips and pointers that could be more universally/practically applied. Put simply, there was more “here’s what we did” than “here’s what we did, here’s the broader concept it exemplifies, and here’s how you might think of applying it.”

Still, these are minor quibbles with a conference still finding its feet. The crew of speakers was down to earth, good hearted, and approachable—there was a great sense of community in the room and a sense of common purpose. The Twitter stream was equally collegial and respectful, and though it contained few new insights from attendees, it did provide great bite-sized takeaways for those unable to be there in-person. 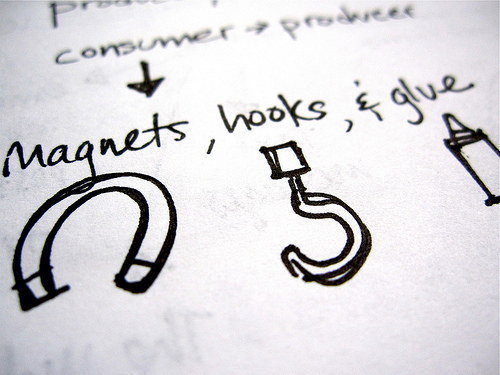 If you’re looking for a solid conference to attend and are interested in the topics, you’ll certainly get good bang for your buck from this one. There’s one more stop on this tour in 2010: July 12-13 in Seattle…so don’t delay!