Kudos to Shwen Gwee, Dana Lewis, Kerri Sparling, and Jenni Grover for putting together SXSH (Sharing. Exchanging. Social Health.) in Philly back on 9/19, a really engaging event keeping the spirit of an “unconference” alive in the face of increasing interest and attendance.

It was a brisk single-day event packed with engaging speakers, and I won’t go through an exhaustive recap of each but will instead use this as a place to quickly capture some thoughts and links that I made note to take some time further digging into later.

Todd Park (CTO, U.S. Department of Health & Human Services) was a smart choice as keynote speaker and a great way to start the day. If we’re ever going to get to a future state of healthcare that truly works for everyone, we’re going to need to know that there are good, smart folks in the government like Todd actively fighting the good fight. Lots of great info here on how he’s working with HHS to exploit data and technology to make serious strides, and he’s got quite a track record going for him. I made note to get more familiar with the data, functionality, and concepts employed by the Blue Button campaign, The “Direct Project”, Healthdata.gov, and Doximity.

Ed Bennett from the University of Maryland Medical Center had a fantastic presentation jammed full of the latest data around how social media is really being used in healthcare. I especially liked his quote that “social media is a conversation, not a lecture”, relevant to pretty much everyone using social media tools.

Melissa Davies presented “Healthcare Social Media By The Numbers“—and dang, if you want to dig into the numbers, and you want REAL numbers, leave it to someone from NM Incite (Neilsen/McKinsey). Fascinating, well-organized and well-presented stuff in here; well worth your time to review. 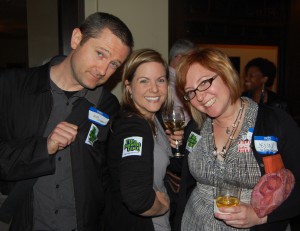 Another quick shout out would be to Mark Bard for founding digitalhealthcoalition.org, recognizing that change has to start with all-inclusive conversations, but requires moving beyond conversations (we’ve got plenty of those) to real action if we’re going to make good on all of this “talk.”

Also, I told ePatient Dave that I had been wondering what his “second act” would be to his powerful patient story after I saw that talk a few times. That story was always about more than just Dave, and he masterfully drew analogues to all patients and thus, all people. But where would he take it from there? Where could he take it, and how would it fly? I’m happy to report that Dave’s new talk came from a place that was even more holistic and data driven, and he was as powerful and convincing as ever.

Finally, I made sure to attend the superhero team-up of Jenni and Kerri who moderated a discussion around patient advocacy and kicked off their “We Are All Patients” campaign that pushed into ePatCon the following two days. Always professional, they surfed the churning waves of differing opinions and made powerful arguments bringing the room back to the inevitable—those differing opinions are valid, but we won’t get anywhere without compromise and understanding that at the end of the day, we’re all in the same camp (like it or not): patients.

Here’s hoping we continue to do more to achieve some real progress and move from talk to action—something we’ll be working on out at the Social Health track of BlogWorld in in Los Angeles this year (11/3-11/5). I’m happy to report I’ll be moderating a session including Jenni, Kerri, and others. Hope you can come out and join us!