Mario and Zelda Get It

The last time I had a game console in my house (that wasn’t in a box in the attic), it was in my dorm room – a shiny new Super Nintendo that provided many hours of “nothing-better-to-do” fun accompanied by a blasting soundtrack of Rush and 90’s grunge.

I’ve always been a fan of video games but have resisted the urge to own a console since, for two reasons: (1) on subsequent systems the games seemed to become so needlessly complicated that it just became unappealing, and (2) I felt like there were much more productive things to do with my time.

While the latter may still be true, it was the former that was the kicker. Sure, there have been a lot of studies showing the benefits of gaming such as building hand-eye coordination and enhancing problem-solving and relational skills (personally, I recently had a near-miss in the car that would have proven devastating had I not reacted the way I did—and I know without a doubt that the somewhat unconventional action I took was due to my video-gaming past), not to mention the relationship building that is possible with more than 1 player—so it’s easy to make the argument that it isn’t completely “wasted” time.

But what DOES feel like wasted time, for me anyway, is thumbing through a two inch thick book of complicated button combinations to be prepared for everything a game will throw at you, before even turning the darn thing on. It’s the same reason that complicated board games can be such a drag the first few times you play them. 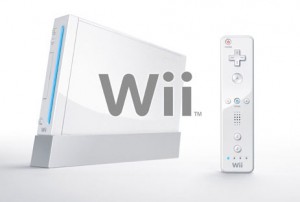 So, it was interesting that this year my wife suggested that we get a Wii for Christmas. Of course there’s plenty to be said about the new interaction model—but what’s also very interesting and instructive is how the better titles use elaboration theory to teach while the user (learner) is immersed in the game rather than the “read first, then play” approach.

Of course this isn’t an entirely new concept in video games (or software tutorials, for that matter), and we’ve seen it done with varying levels of success in the past. But being a fan of the classic franchises (Legend of Zelda, Mario Brothers) I of course had to pick up the latest installments—and they really, REALLY get it. 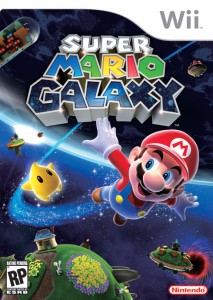 Both games are actually deceptively complicated—and they do indeed have a lot of different button combinations (with the added complexities of various hand movements on the Wii) as you progress. If it were all presented at once in a manual, it would be completely overwhelming. Instead, when you begin the games, you can only perform the most basic maneuvers. As you encounter new enemies and problems, there are characters and signs and things that give you information and elaborate on techniques you’ve learned previously, teaching you the new twist you need to know to get past the present obstacle and ones like it in the future. It’s all presented in small chunks, just-in-time for the task at hand, with immediate practice and feedback, and before you know it your wife is yelling at you that “you have to use the Z button and wave the nunchuk back and forth to build things on this level! C’mon!”

Replace the game-speak with say, dance terminology, and the progression in a beginner’s dance class is identical. This is one reason why the Wii and these titles in particular are a breath of fresh air—they harken back to a simpler and more effective way of ramping people up to complex behaviors that existed before this type of technology (and technical writers) existed. They’re breaking the trend toward heavier cognitive loads being thrust upon users that some of that technology spawned. 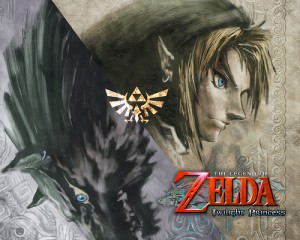 In one of the classes I teach I always harp on applying Keller’s ARCS model to your (instructional) designs—and in particular I’m impressed at how well the techniques discussed above get at the Confidence and Satisfaction pieces of that model; concepts that can sometimes be a little esoteric.

There are certainly many more ideas we can take from games. It’s not a bad idea to look there for inspiration since the percentage of people that play them is growing at a huge rate—even moreso now that platforms like the Wii have blown the doors off of the “traditional” gaming demographic. Conventions that began with video games are slowly infiltrating other types of media if you know where to look. I recently pitched the idea of “unlocking” additional content in a video game style to encourage medical professionals to voluntarily progress through a system, and it went over like gangbusters. So “wasting” a little time here and there can actually add some additional ideas to your design toolbox.