Many of Think Brownstone’s clients are in the Life Sciences industry, so it’s critical for us to keep an eye both on how the industry is changing and on how patients themselves are engaging with healthcare professionals, each other and the industry itself. This isn’t the creepy kind of “let’s read what they’re saying and pose as patients” thing.  It’s a genuine desire to interact with people and learn what their needs and frustrations are, then find ways to close the gap. With that in mind, we try to participate in KruResearch’s e-Patient Connections each year.

It’s difficult to do justice to a 2-day conference in a single blog post, so I’ll hit the main themes I extracted from the sessions. As you know, we are fans of single-track conferences, so I was happy to learn that ePatcon switched back to a single-track model this year. If you want to review everything digitally available from the conference, I’d recommend reviewing their slides in slideshare.

Kicking It All Off

I’m a fan of Seth Godin’s blog and his book Tribes, and I’ve been wanting to hear him speak for a while. Although circuit speakers like Seth have a few standard presentations they pull out for speaking gigs like this, clearly Seth studied the goals of the conference and customized his work for the audience. The main themes:

These were great messages for the crowd, and something to really think about.

Following Seth was a truly inspiring vocal piece and patient story by Charity Tilleman-Dick, a Soprano who has suffered from several debilitating lung diseases and recently went through a lung transplant. Charity’s inspiring patient journey highlights how important it is for patients suffering from chronic diseases to have a laser-sharp focus on their goals. There really is no better way to kick off a conference that focuses on patients than to have an inspiring patient story.

Data from Manhattan Research and Ron Gutman from HealthTap tells us more and more folks are using the Internet as their #1 health resource. Searching for health research increases as reliance on physicians decreases. Not necessarily a good thing, unless we can shore up the quality of the information people can find.

In one of the preconference sessions the day before I arrived, a group of e-Patients sat with some industry representatives to begin to spell out what they expect from their digital interactions. The e-Patient Bill of Rights was displayed prominently in the room for users to peruse. Patients want access to their own records, they want efficient communication methods, and they want more trustworthy information.

Several presentations from physicians and medical communities showed that there are some progressive movements out there to engage with patients electronically. Julian Bond from the Detroit Medical Center and Ed Bennett from the University of Maryland Medical Center are both doing great things to engage with patients, physicians and medical students through social media channels. While the entire population of physicians have been slow to react to the notion of engaging with patients online, Dr. Kent Bottles and Dr. Bryan Vartabedian of 33charts.com both offered insight into the future of healthcare and the advances of some digitally-engaged physicians. Phil Bauman, a registered nurse from the Mayo Clinic’s center for Social Media discussed several approaches they have taken to pull medical professionals into social media spaces, including engaging in weekly online Twitter sessions under#RNchat and #MDchat.

Chris Schroeder of Health Central opened his session asking, “Where are the pitchforks and torches?” – an apt question for everyone in the room. While all trends point to fully engaged e-patients, less-progressive physicians and industries have moved into the digital space at a snail’s pace, often blaming the litigious and regulatory environment. Chris theorizes that true healthcare reform with a strong digital component and a focus on patient empowerment won’t take place until patients scream loud enough.

So, how do we get there? Well, we start following the lead of more progressive organizations like:

In a fascinating keynote, Harris Rosen from Rosen Hotels and Resorts described how he believed he could do better than what the insurance companies were offering. Today, his company is fully self-insured, covering thousands of lives for a fraction of what it would cost to go through a traditional insurance company. His approach isn’t without controversy (a strict anti-tobacco policy causes employees to undergo nicotine tests along with their drug tests), but it seems to be working.  In the very least, it should give health care professionals and providers pause when they gripe about the system. There are other models emerging.

Patients Are There and Are Waiting… Patiently

Jenni Prokopy of Chronicbabe.com and Kerri Sparling of SixUntilMe.com summarized the SXSH event the day before and kicked off their We Are All Patients campaign by stickering anyone who would let them. Jenni and Kerri are active E-patient advocates and good friends of Think Brownstone. Their campaign’s goal is to close the gap between patients and the healthcare system by reminding us that we all came into this world as patients and we’ll all leave it the same way. An atmosphere led by patients could put us all in a better position to get healthy.

While the event opened with the inspiring patient journey of Charity Tilleman-Dick, one of the final sessions was Kelly Young’s devastating struggle with Rheumatoid Arthritis. While Kelly struggled with finding the right specialists and securing the right treatments, she learned a great deal about her patient journey. Kelly manages RAWarrior.com to offer insight to patients with RA.

Kelly offered the following advice for the industry to take to heart as we all work to improve healthcare:

Patients are more involved in their own care than ever before. Taking their input in four areas is a critical component to improving healthcare:

This post highlights only a third of the sessions over a two-day conference. Due to time limitations, I skipped a number of engaging speakers covering important topics. For me, the recurring theme throughout the event was that while things are slow to move, change is coming. 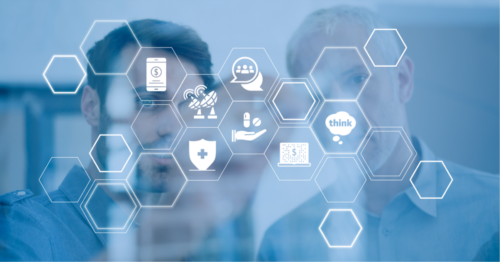 Panel Recap: Designing a Better UX for Regulated Industries in the Digital Age