Inspired by Russ’ post a few months ago about his dad, I’ve been thinking about the things I learned from my father.  This Father’s Day, I woke up early to run to the bakery and pick up some goodies for brunch, and this blog post started to form. I would never have time to document everything Papa has taught me through life or how I value them today, but two important lessons are below. The first is one of the secrets to a happy life and the second lives at the core of the design process.

Between 1974 and the early 80’s, we had a common Saturday morning routine. Around 7AM, Papa would stick his head in the bedroom my brother and I shared and whisper very loudly, “Paul, Philip, are you awake yet?” Although this sounded like a question, it actually meant, “Get up, get dressed, half the day has gone and there are things to do.” By 7:30, we were standing at the counter of the only French bakery in suburban Philadelphia, buying the weekend’s supply of baguettes and croissants. As a treat, we’d order 3 pain-au-chocolats. You may know them better as chocolate croissants. 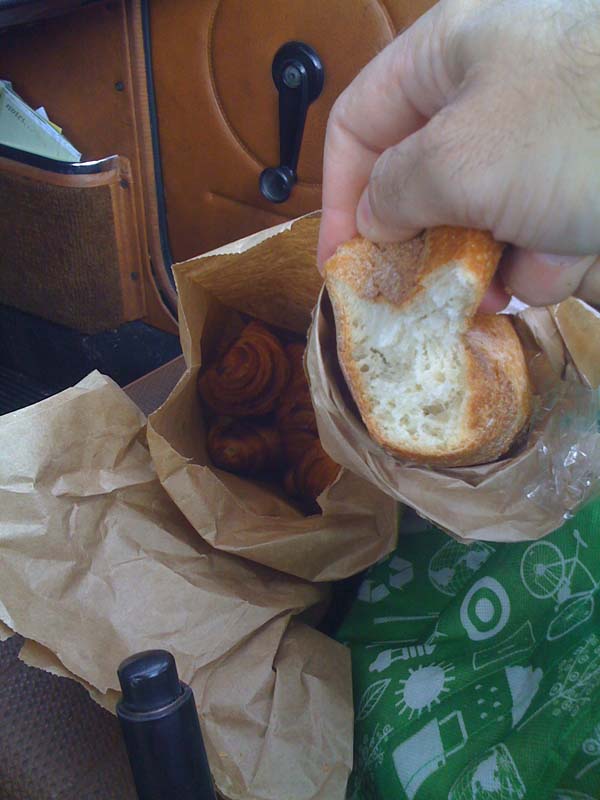 Back in the car, the pain-au-chocolats would disappear in a shower of pastry flakes. Once they were done, we would wait for my father to reach into the bag and tear off the end of one of the warm baguettes before we followed suit. Baguette + Car = Snack is a rule I follow to this day. My mother, my loving wife, and my brothers- and sisters-in-law have all learned to live with the fact that a Charron is incapable of delivering a stick of bread unharmed.

It is important to understand that Papa emigrated from France to the US in his late teens. Here, he went to college, joined the army, became a citizen, married Mom and they raised a family. His patriotism, like that of many who choose to be an American, runs deeper than many natural born Americans. I am grateful, however, that he never shed the culinary side of his upbringing. A true Frenchman knows that good bread is one of the secrets to happiness. After all, you never know when you’ll get hit by a bus…you may as well be eating good bread when it happens.

After the bakery, we would often head to the appliance repair shop. Here we’d pick up a belt, motor, thermostat, or switch for Papa’s nemesis: the 1973 GE electric dryer. 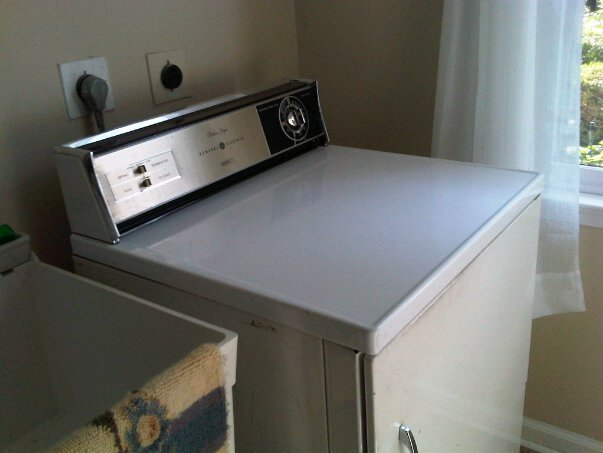 Papa is an electrical engineer. More specifically, he worked as an aerospace engineer. Due to the top-secret nature of most of his work, I’ll never know the specifics of his job. I do know that he knew astronauts and he designed things that orbit the earth. Despite these accomplishments, he could never permanently repair that damn dryer.

So, over the course of a decade, I spent many weekends in the laundry room absorbing Papa’s critical thinking and problem solving skills. The repetition made it stick. Mr. Miagi had “Wax on, wax off.” Papa had, “Hold the flashlight.” Here’s how it worked:

Mom would say, “The dryer doesn’t work.” Papa would begin to diagnose the problem with a few questions: What isn’t happening? Does it still get hot? Is it spinning? Does it make a sound? As frustrating as this must have been for Mom, he started from the beginning. No question was too stupid. Once he had a general idea of the condition, we’d head to the laundry room to work on Step 2.

We would pull the dryer away from the wall, disconnect the vent, unplug the beast, remove the service panel, test the suspect component with a voltmeter, remove the faulty part, and get a good night’s sleep. Even though you had a good idea for what the problem was – you had a bevy of tools to make sure you were fixing the right thing. At 8 years old, Papa was walking me through circuit diagrams. By 10, they kind of made sense. From 23 to 40, I have been drawing flowcharts on whiteboards to help clients improve their own processes.

After picking up the much-needed weekend necessities of bread and cheese, we’d buy the replacement parts and head home to make the repair. Installation is often the quickest part of the process.

After installation, we’d pull out the voltmeter to see if the circuit was behaving correctly. Then we’d partially reassemble the drier. Before closing up and reconnecting the vent  – we would plug it in to make sure it worked. If something still isn’t working – head back to Step 1. Testing is an incremental process. If you test at the very end and discover the problem persists or that you caused a new problem, it’s a lot more work to re-dis-assemble the thing. Test in stages and you waste less time, energy and frustration.

This process and the rules around it are no different than what I do every day at work. Design is problem solving. Regardless of whether you’re fixing a dryer or helping a client solve a business challenge, the core of the process is universal. I know that the steps that put satellites in space and kept a dryer alive for almost forty years are going to help our clients.

My folks are moving soon and Papa promised that the dryer isn’t going with them. That’s OK. The dryer has paid its dues and the ol’ man deserves to sleep in on Saturdays.