It’s been a busy week at Think Brownstone and I’ve been trying to post something on the Think Blog. Although I have a backlog of topics to get to, every time I put hands to keyboard I had a bout of writer’s block…  until Brad mentioned the odd juxtaposition of the upcoming Rapture and the CDC’s blog post on preparing for a Zombie Apocalypse May 16th.

Since the original publication on the 16th, the CDC’s article has been going viral at a slow, lurching pace. It finally landed on the front page of CNN at 2:09 May 19th. Coincidentally, most scientists agree that’s about the same amount of time it would take the Solanum Virus to overtake the US Eastern Seaboard. 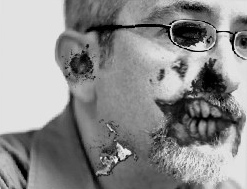 I’m confident that the CDC’s blog post and the Rapture events are purely coincidental, but I wanted to take a moment to commend the CDC’s courage in publishing this story. The article is actually a well thought-out piece that uses the zombie apocalypse as a metaphor for emergency preparedness. As it turns out, most of what you need to do to prepare for a zombie attack is similar to what you would be doing if there were a hurricane or tornado warning.

If I had to guess how this article was approved for publication, I’d imagine some government stuffed shirt raised concern that this serious topic deserves a serious treatment. Turns out, the government has tried that approach before with mixed results. One or two wise folks in the room pointed out that the goal of the article was to raise awareness. What better way to raise awareness than to get attention with a tongue-in-cheek title and introduction?

Perhaps this mini-campaign came out of a technique we use at Think Brownstone when a team is having trouble generating new ideas: Reverse Brainstorming. In a reverse braaaiiinnnnssss storming session, the participants come up with ideas that would prevent them from achieving a goal or that would cause their problem state. Once you have a good list, brainstorm ways to prevent those things from happening. Poof – you now have a list of things to help achieve your original goal. It’s the reverse-reverse psychology of brainstorming methods and, among other things, it can help get you out of a rut.

The CDC only gets one chance to do something like this before it starts to look schlocky, and I think they aced it. Now, if you’ll excuse me, I have to buy some duct tape, canned beans, a baseball bat, and some extra shotgun shells (’cause you know, rule #2 and all).